Words From My College Apartment

I was going through an old Gmail account and found some old pieces from a Poetry 101 class at JMU.  I've written previously about the peace that I've found in putting creativity down on paper, so I thought I would share some of that with you...


Self-Portrait as a Painting

If I was a painting,
Frozen on glossy eggshell white,
Dulled and muted by gallery light,
How much would you pay for me?

Eyes of green olives,
And skin, thirsty sand,
The bending strokes of my body blended with imperfection.
Hang me above your mahogany bed.

In the silence of a soaking rain,
Dress turned transparent, my hair, a jungle-gym slide,
Arms outstretched and reaching.
I’ll tell you about how I used to dance.

And in the still
Of your companionless room,
A twinkling piano will play
And you’ll wish I was
More than just a picture you bought.

This blue eyed boy waddles forward
Down the beach, as concerned parents watch.
His lonesome footprints so tiny carve stairs
In the sand. He’s gone adrift
Like the jellyfish, lying dead, a pink balloon
Deflated. He pokes at it curiously with his finger.

Sandy and wet, he slowly brings the slimed finger
To his nose, inhales, and continues forward
Along the shore, long with towels like a hot air balloon.
Not concerned that he’s alone, he looks up to watch
An airplane. It’s droning roar floating as drift-
Wood on a wave. He makes his way down tide-made stairs.

He’s reading in his vanilla ice cream chair.
(That’s what I call it, I’m seven.)
His tortoise-shell glasses perched on the tip of his nose,
While Doublemint bubbles expand and crack.
He hums along to Kenny Loggins,
His voice swallowing the melody
That sweeps the house like a warm southern wind.
Dinner’s almost ready.
The butter shushes angrily as Nana slices it into the saucepan.
Startled, he looks up from his book; I’m caught.
“KateyBaby!” He welcomes me onto his knee,
and quickly I must leave
my fortress of dolls and bears
To climb up to him.
He asks for a concert from his world famous flutist or
Maybe just a song from choir, only a verse.

I don’t play anymore, my flute
Collects dust like his picture on the table.
But I can still sing.
Tell me what to sing,
and I'll sing it.

I miss seeing and thinking about the world this way.  I'm going to start dedicating more time to being still and sharing the words that come from that silence.  Other writers out there, what prompts you to pull out a pen and notepad, or a napkin, or glowing screen?
at 9:02 PM

Style Your Friends. Change the World. 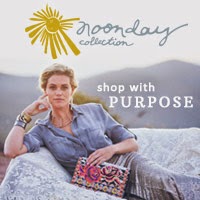 Topics on the Table